Urban Activism in the Arab Region 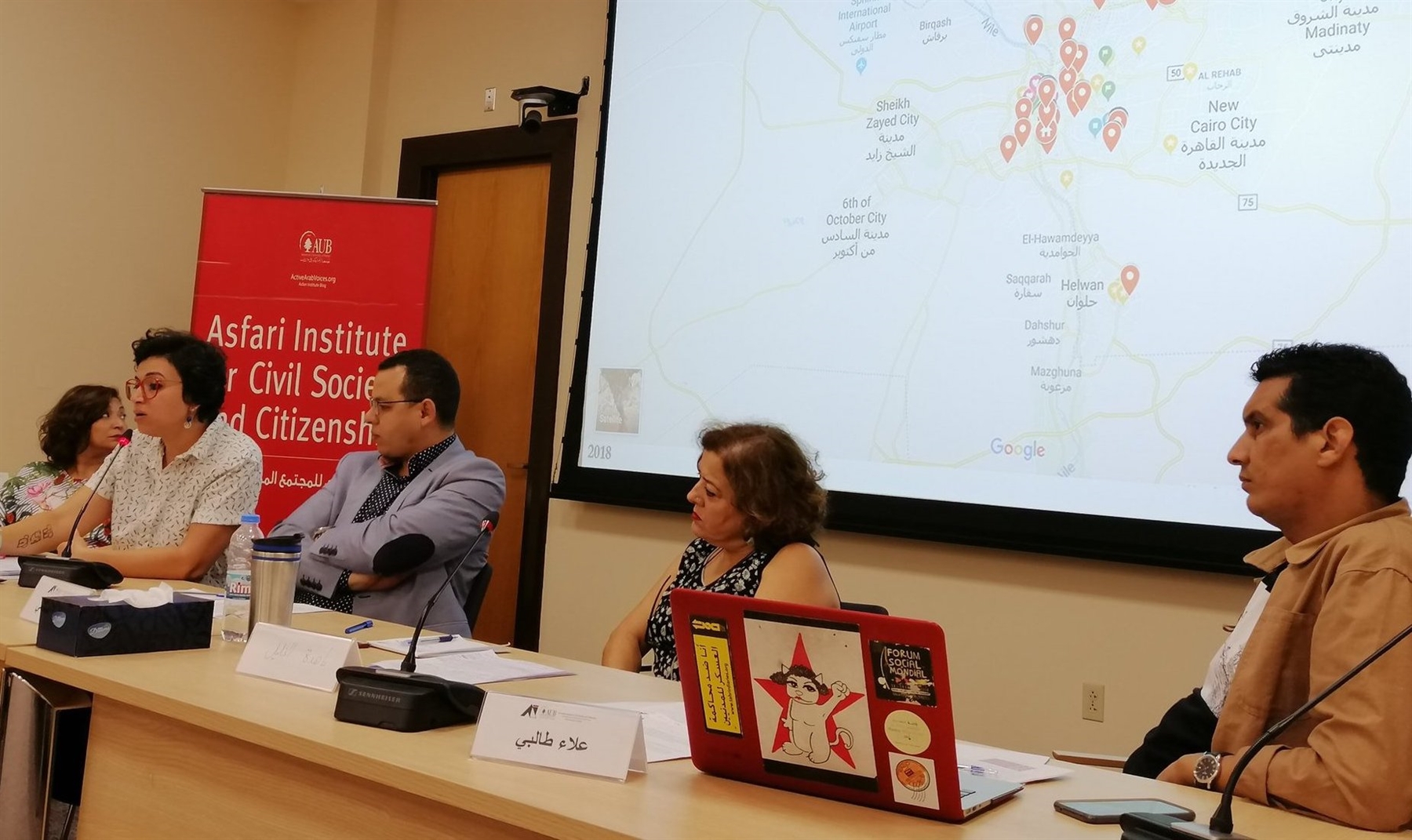 The "Urban Rights Activism” workshop held on July 4, 2019, gathered about thirty academics and activists from Tunisia, Morocco, Egypt, and Lebanon who discussed i) the histories and legacies of urban activism, the actors engaged in urban rights activism, their organizational and institutional setups, ii) their frames and strategies of action, as their communication and networks, and iii) the urban as an opportunity for providing “real utopias” for activism and political change.

The workshop was organized in four sessions to debate the above themes. The first two sessions interrogated the legacies, trajectories, frames and visions of urban activism, as well as at their institutions, governance and sustainability. Contributors were asked to reflect on the below set of questions:

The third session explored strategies, communication and networks through these interrogations:

The fourth and final session was organized as a roundtable discussion during which participants debated “the urban as a real utopia,” investigating the following queries: 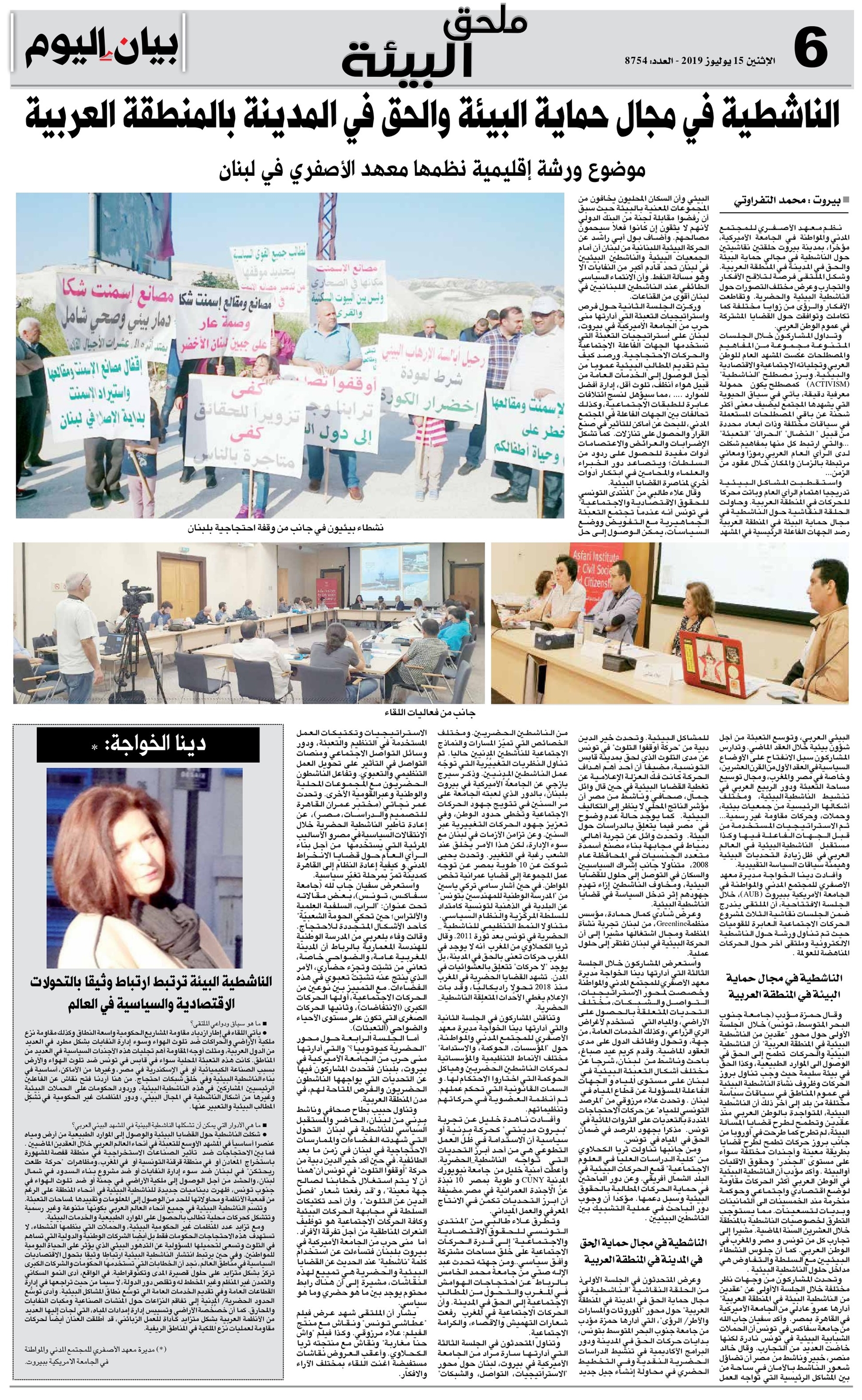 Coverage of the worshop by the Morrocan daily Al-bi'a, published on July 15, 2019
Share Print

This project is a component of a research study led by the The AUB Asfari Institute for Civil Society and Citizenship on “Transnational Social Movements in the Arab Region.”Mona Harb led the “Urban Rights Activism” track of this research study and convened a workshop on the theme on July 4, 2019.A full report of the project will be published in the future by The Asfari Institute.